Figuring the Future: Visions and Techniques in the World’s Religions 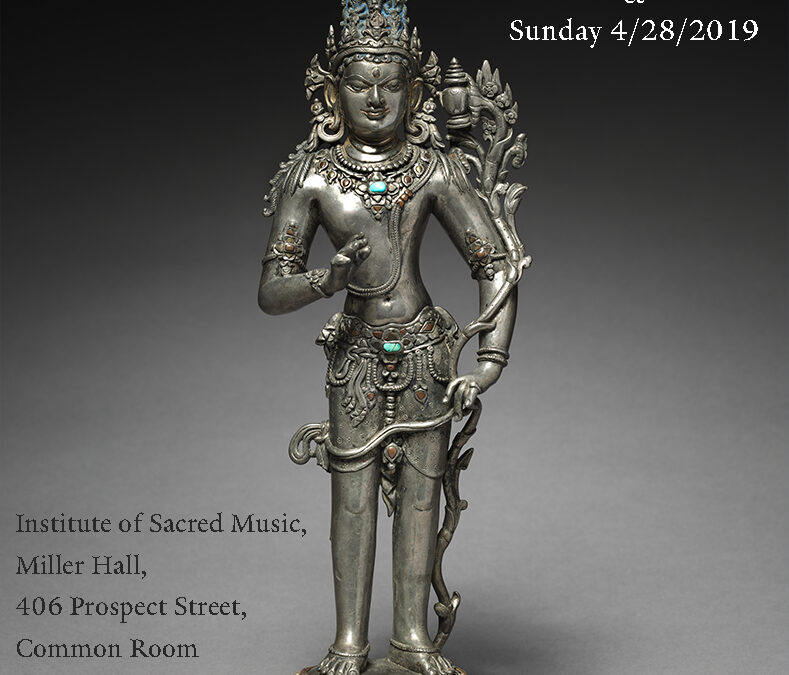 The Yale University Department of Religious Studies presented a two-day conference titled “Figuring the Future: Visions and Techniques in the World’s Religions.” It took place at the Institute of Sacred Music, Miller Hall at Yale University. Scholars coming from various backgrounds addressed the theme of future – as a philosophical concept of relativity, its configurations within religious frameworks, theories in texts, historiographies, and ethical and political implications. Especially with global consciousness and modern relevance of concepts such as climate change, technological change, apocalyptic thinking and determinism, the broad discussion aims to share knowledge from these numerous fields to facilitate new, interdisciplinary understandings.

9:15-10.30 | Finding the “future” | Chair: Hwansoo Kim
• Phyllis Granoff, “The Future? Some answers from Indian philosophical and narrative literature”
• James Robson, “The Future is now: the problem of the present in Buddhism”

1.45-3:00 | Many Futures | Chair: Koichi Shinohara
• Kirsten Wolf, “The Future from the Perspective of an Ancient Seeress.”
• Adela Collins, “The Future and its Impact on the Present in Christian Apocalypses.”

• John Collins, “Not One World But Two. Despair and Hope in Jewish Apocalypticism.”
• Michael Nylan, “No Future with a Capital ‘F’: Why the Ancients in Early China Thought More Clearly about Most Things”
• Daniela Berti, “Predicting Species Survival and the Future of Wildlife in India”

Sponsored by the Hixon Speakers Fund, Department of Religious Studies, and the Glorisun Global Network for Buddhist Studies.