Guest Lecture: Rethinking the Structure and Typology of Liturgical Texts from Dunhuang 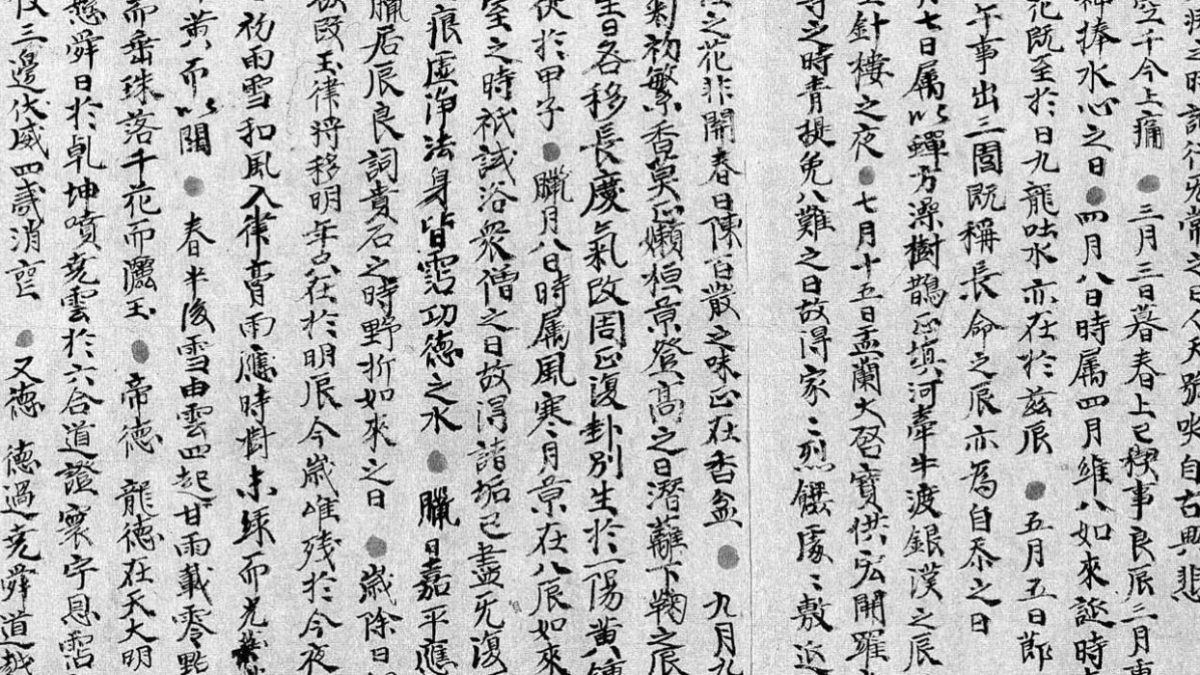 We can also divide the structure of the liturgies into five parts: the “opening” (haotou 號頭), “exaltation of virtues” (tande 歎德), “liturgical purpose” (zhaiyi 齋意), “ritual area” (daochang 道場), and “adornment” (zhuangyan 莊嚴). This structure is roughly applicable to liturgical protocols and liturgies with all manners of content, including hymns of praise, apotropaic rituals, healing rites, and mourning rites, though there are of course many variations in the specific arrangement and sequence of the parts. 齋文的文本結構可以分為“號頭”、“歎德”、“齋意”、“道場”和“莊嚴”五個部分。《齋儀》和齋文集的結構大致包括讚頌功德、攘災、患差、悼亡等諸多方面的內容，但具體編排次序有多種樣態。

This talk will also touch on the commonly used term “prayer texts” (yuanwen 願文). I will suggest that this is a specific kind of liturgical text and that the term cannot be used as a blanket reference to the broader category of “liturgical text.” “願文”是齋文的一種，不能作為“齋文”類文書的通稱。

His main areas of research are Dunhuang Documents, Buddhism in China, and Chinese History, especially from the 3rd to 13th century. In the past few decades, he has published several monographs on various related topics, which include Zhonggu shiqi sheyi yanjiu 中古時期社邑研究 (The Study of Confraternities in Medieval China), Tang houqi Wudai Song chu Dunhuang sengni de shehui shenghuo 唐後期五代宋初敦煌僧尼的社會生活 (The Social Life of Buddhist Monks and Nuns in Dunhuang during the Late Tang, Five Dynasties, and the Early Song), Shishi xiejing: Dunhuang yishu 石室寫經——敦煌遺書 (Scriptural Manuscripts in Stone Chambers: Dunhuang Documents), Dunhuang de lishi he wenhua 敦煌的歷史和文化 (The History and Culture of Dunhuang) (co-author), and Dunhuang sheyi wenshu jijiao 敦煌社邑文書輯校 (A Critical Collection of Documents concerning Confraternities from Dunhuang) (co-author). In addition, he was the chief editor of Vol. 12-14 in a multi-volume collection of Dunhuang manuscripts which are preserved in the United Kingdom and have published a host of articles. His current primary work-in-progress is an investigation of Dunhuang documents kept in the U.K., with the goal of collecting and studying the data related to social history. This is one of the major research projects sponsored by the National Social Science Fund of China. The outcome of this project will be a 30-volume series Ying cang Dunhuang shehui lishi wenxian shilu 英藏敦煌社會歷史文獻釋錄 (Annotated Transcription of the Dunhuang Literature concerning Social History Preserved in the U. K.), of which 15 volumes have already been published.

He associate himself widely with academic institutions, serving as a chairman or committee member. These posts include President of the Institute of Dunhuang and Turfan Studies of China, Chief Editor of Dunhuang xue guoji lianluo weiyuanhui tongxun 敦煌學國際聯絡委員會通訊 (Newsletter of International Liaison Committee for Dunhuang Studies), chief editor of Dunhuang Tulufan yanjiu 敦煌吐鲁番研究 (Studies on Dunhuang and Turfan), and editorial member of Zhongguo shi yanjiu 中國史研究 (Journal of Chinese Historical Studies). He believes that exchange and collaboration beget academic passion and inspire new ideas, and have thus kept himself active in academic conferences and visits.

He began his teaching career at Beijing Teachers’ College in 1986, and later joined Capital Normal University. In 1994, he was promoted to full professor for his special contributions in research and teaching. He has taught many courses for both graduate and undergraduate students, such as “Chinese pre-modern history”, “The History of Sui, Tang, and the Five Dynasties”, “Introduction to Tunhuangology”, “Studies of Dunhuang Documents”, “Topics in Historical Theories”, to name but a few. He is frequently invited to teach courses in other universities both abroad and at home, such as Princeton University, Yale University, National Chung Cheng University, and Nanjing Normal University.