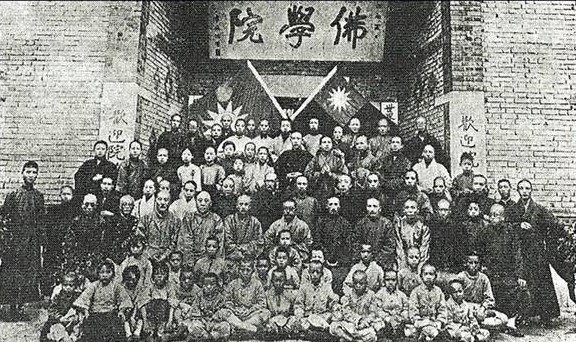 Abstract: Monastic education was one of the most important aspects of the modernization project in Chinese Buddhism. This talk highlights several paradigm shifts in identity production that originated in the new-style Buddhist academies in the 1920s. The reimagining of a national Buddhist community and reinterpretation of orthodoxy produced a distinctly Buddhist citizenship discourse, which became the basis for Buddhist engagement with the nation-state in terms of property rights, political participation, and wartime activism. 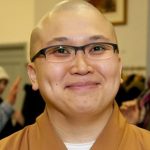 Rongdao Lai is Assistant Professor of Religion at the University of Southern California. She received her PhD in Religious Studies from McGill University in 2014. Her research focuses primarily on the changing landscape in modern Chinese Buddhism and identity production. She has recently completed a manuscript, based on her doctoral dissertation, on modern Buddhist education and citizenship in China. Her other on-going projects include lineage networks and transnational movements in Chinese Buddhism, and monastic economy in postwar Hong Kong. She was a postdoctoral fellow in the Asia Research Institute at the National University of Singapore (2016) and a research fellow in the ACLS Robert H. N. Ho Family Foundation Program in Buddhist Studies (2017).

Sponsored by the Glorisun Global Network for Buddhist Studies. 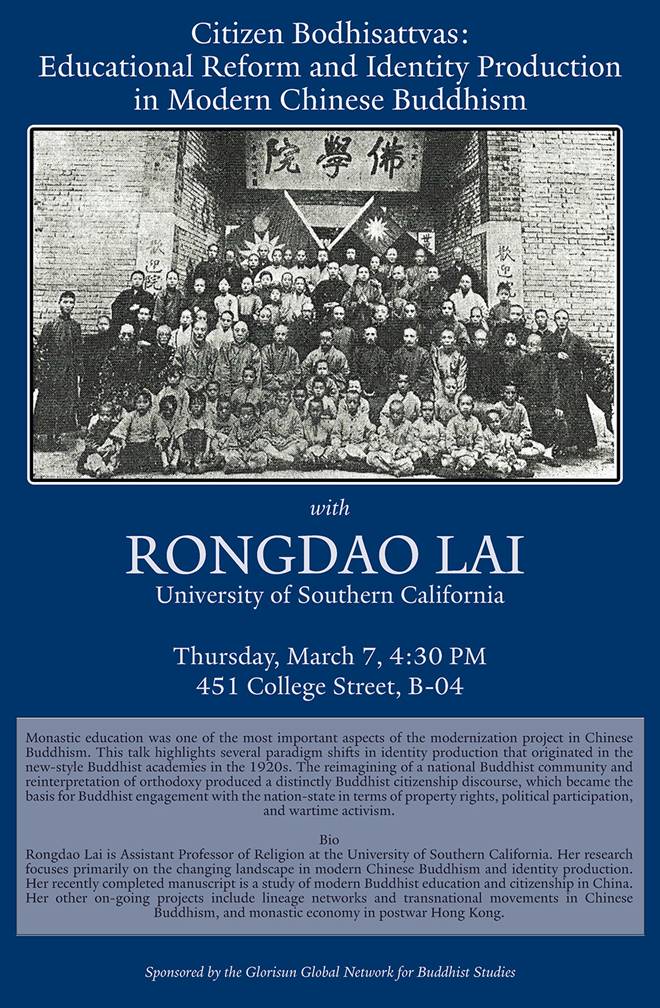