Guest Lecture: The Old Man and the Sea: Shinra Myōjin and Buddhist Networks of the East Asian ‘Mediterranean’ 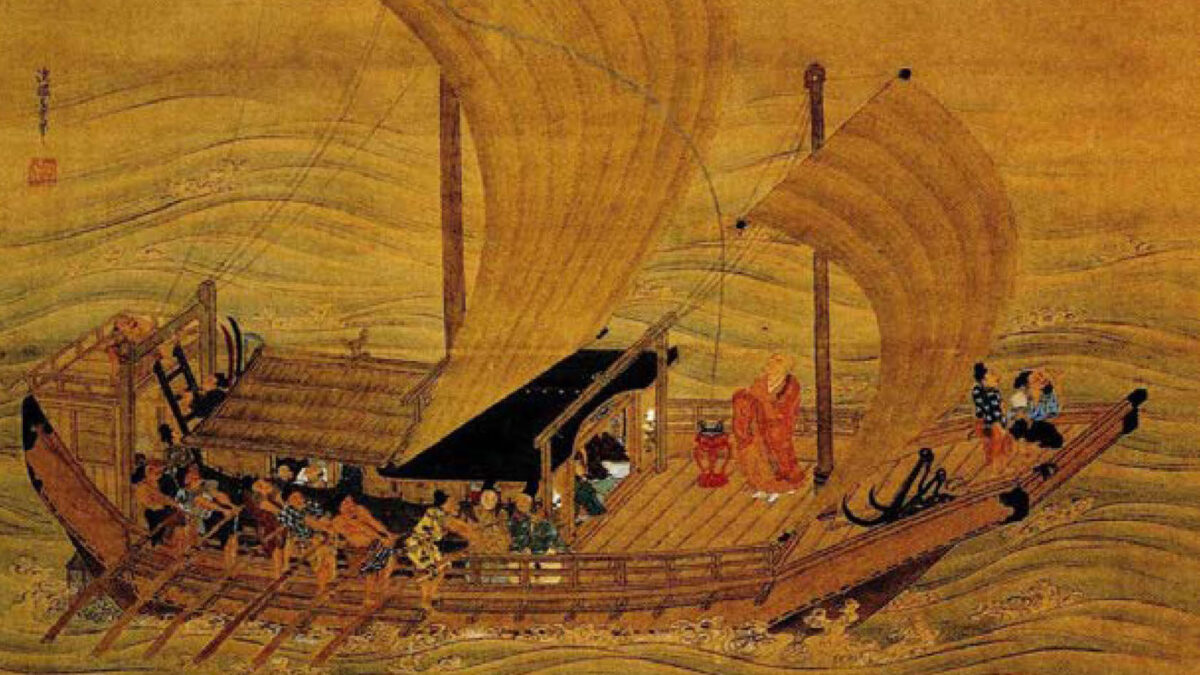 In her book, The Old Man and the Sea: Shinra Myōjin and Buddhist Networks of the East Asian ‘Mediterranean’, Sujung Kim challenges the long-held understanding of Shinra Myōjin as a protective deity of the Tendai Jimon school, showing how its worship emerged and developed in the complex networks of the East Asian “Mediterranean”—a “quality” rather than a physical space defined by Kim as the primary conduit for cross-cultural influence in a region that includes the Yellow Sea, the Sea of Japan (East Sea), the East China Sea, and neighboring coastal areas. While focusing on the transcultural worship of the deity, Kim engages the different maritime arrangements in which Shinra Myōjin circulated: first, the network of Korean immigrants, Chinese merchants, and Japanese Buddhist monks in China’s Shandong peninsula and Japan’s Ōmi Province; and second, that of gods found in the East Asian Mediterranean. Both of these networks became nodal points of exchange of both goods and gods. Kim’s examination of temple chronicles, literary writings, and iconography reveals Shinra Myōjin’s evolution from a seafaring god to a multifaceted one whose roles included the god of pestilence and of poetry, the insurer of painless childbirth, and the protector of performing arts.

Co-sponsored by the Department of Religion and Program in East Asian Studies.