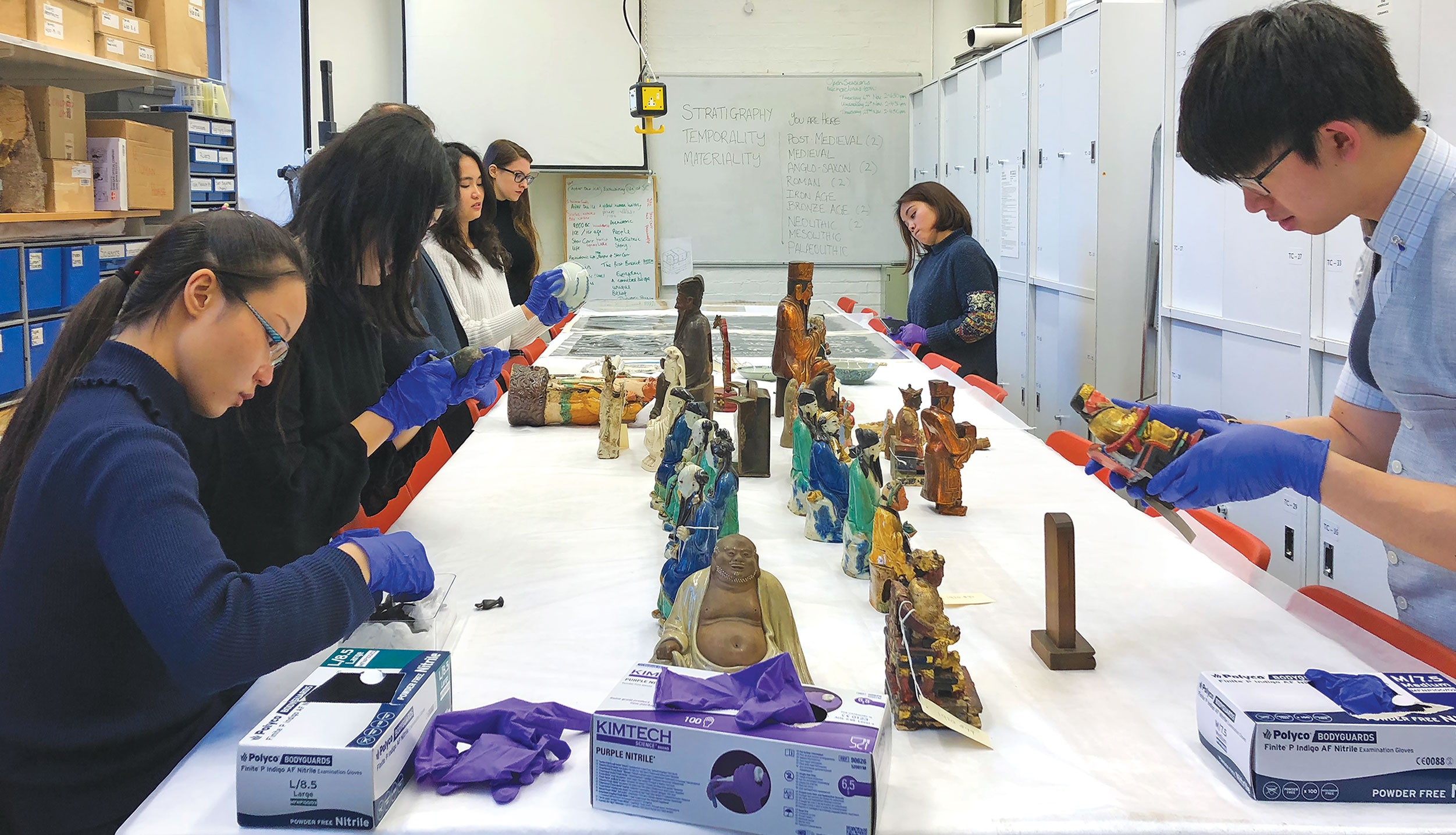 Students examine Buddhist relics at the Museum of Archaeology and Anthropology, University of Cambridge

Heather F. Heimbach is a first-year doctoral student in the Asian Religions subfield of the Department of Religion. She is interested in the development of new religious movements (NRM) in twentieth-century Japan. She hopes to investigate wartime and Occupation-period religion in Japan by exploring the history of Konkоkyо, a new religious movement registered as a Sectarian Shinto organization under the Japanese imperial regime. She received her B.A. in East Asian Languages and Cultures at Columbia University in May 2020. 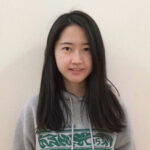 Echo is a first year Ph.D. student in the Asian Religions subfield. Her research interests center on disability, body, medicine, and healing in medieval Chinese Buddhism. She is particularly interested in the disciplinary nature of Buddhist images and the interactions between images and practitioners in the realm of dream. She is also highly interested in the dialogue between religion and science fiction, and their shared ideals of body, consciousness, and transcendence. Prior to coming to Princeton, Echo received her B.A. in Comparative Literature at Georgetown University and her M.A. in East Asian Languages and Cultures at Columbia University.

• Funding for PhD students working on topics related to Buddhism. 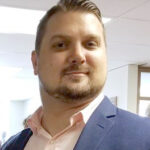 John G. Grisafi is a PhD student in Religious Studies at Yale, in the Asian Religions and Religion & Modernity fields. He previously earned a BA in East Asian Languages & Civilization and World History, and an MA in East Asian Languages & Civilizations from the University of Pennsylvania. John also studied Korean at the Defense Language Institute and Kyunghee University. He has worked as a journalist for NK News/NK Pro and a Korean linguist and military analyst for the US Army. He lived and worked for more than five years in South Korea. John’s research and teaching interests include Korean history, East Asian religion, and the politics of religion and secularism. His research covers the politics of religion in modern Korea, including issues pertaining to Christianity, Buddhism, Confucianism, Shamanism, new and marginal religious movements, Japanese religions, and other religions. His work emphasizes the discourses around religion, religious freedom, and the secular, as well as the political history and historiography of religion, religious places, and religious traditions and ideologies in Korea. 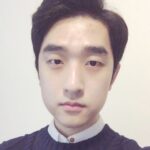 Jusung Lee is a Ph.D. student at Yale University’s Department of Religious Studies. He has studied Buddhism widely and in great depth in the East and in the West. At Dongguk University, the leading Buddhist Studies university in Korea, he was able to acquire extensive knowledge of Buddhism by reading Buddhist scriptures, studying Buddhist philosophy, and studying the history of Indian, Chinese, and Korean Buddhism. He graduated summa cum laude from college. He then enrolled in the MTS (Master of Theological Studies) program at the Harvard Divinity School, where he had the opportunity to acquaint him with recent scholarly approaches to the study of Korean Buddhism by Western scholars. At Yale, he intends to examine Buddhism in colonial Korea in relationship to Japanese Buddhism. More specifically, his doctoral research will focus on exploring how Korean Buddhists perceived Japanese Buddhism during the Japanese occupation and how this perception influenced their Buddhist views and activities by comparing Korean Buddhists who studied abroad in Japan and those who stayed in Korea. 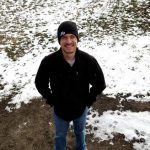 Max Brandstadt received a BA in Asian Studies and Classical Studies from Bowdoin College (2013) and an MA in Asian Studies from the University of California, Berkeley (2016). He is currently a PhD. candidate in the Buddhist Studies program at Berkeley. His research focuses on the history of Sui-Tang China’s Three Levels Movement (sanjie jiao), as well as broader issues of state-sangha relations in China. He will conduct archival research in Taiwan and Japan during the 2018/2019 and 2019/2020 academic years.

Fedde de Vries is currently a PhD student in the Group in Buddhist Studies at UC Berkeley. He holds a BA in Religious Studies from Leiden University, the Netherlands, (2012) and an MA in Asian Studies from UC Berkeley (2015). After obtaining his MA he spent a year at Dharma Realm Buddhist University, Ukiah, California, as resident translator. His primary research interest is the thought of the prolific Huayan author Chengguan. Fedde endeavors to put this research in the context of the history of Buddhist thought and, where possible, modern philosophy.

• Participation of one student (Nathaniel Lovdahl) in the Winter Program in Taiwan. 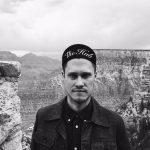 Nate has an MA in Buddhist Studies from McMaster University and is currently a PhD student in the Department of Religious Studies. His research focuses on Buddhist monastic identity in late medieval China.

• Funding for MA student Xianguan Liu (釋賢貫, of the 極樂寺) to take summer Sanskrit language course at the University of Wisconsin.

• Funding for MA student Haohao Chang (釋賢構, of the 極樂寺) to take summer Sanskrit language course at the University of Wisconsin. 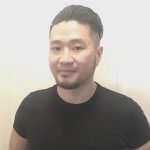 Iljea Lee grew up in New York City. He has a BA From Queens College, City University of New York, an MA From Boston University, an M. DIV. from Yale Divinity School, and is currently a PhD student at Yale University in the Department of Religious Studies. He has worked at Harvard for five years prior to beginning his doctoral program at Yale. He is studying early Buddhist texts with Phyllis Granoff.

• Two monk-students, Venerable Jizhao and Venerable Daowu, doing their doctoral program, at the Jawaharlal Nehru University in India and Hanazono University in Japan respectively, both aided by the Glorisun Global Network of Buddhist Studies at Peking University. 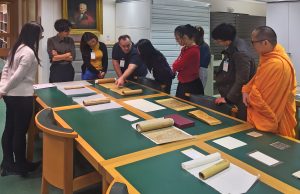 Students were provided the opportunity for a first-hand examination of the Dunhuang manuscripts. This proved to be a very useful exercise, considering that the largest collection of Chinese Buddhist manuscripts in the world is located in London.

• Participation of three graduate students and one post-doctoral fellow in the Woodenfish/Dunhuang Academy Seminar at Dunhuang.

• Participation of one PhD student (Léo Messerschmid) to FROGBEAR research cluster in Japan. The field trip to temples, museums, and libraries in the Kyôto area afforded the student the opportunity to access materials he works with first-hand and in their extant manuscript editions.