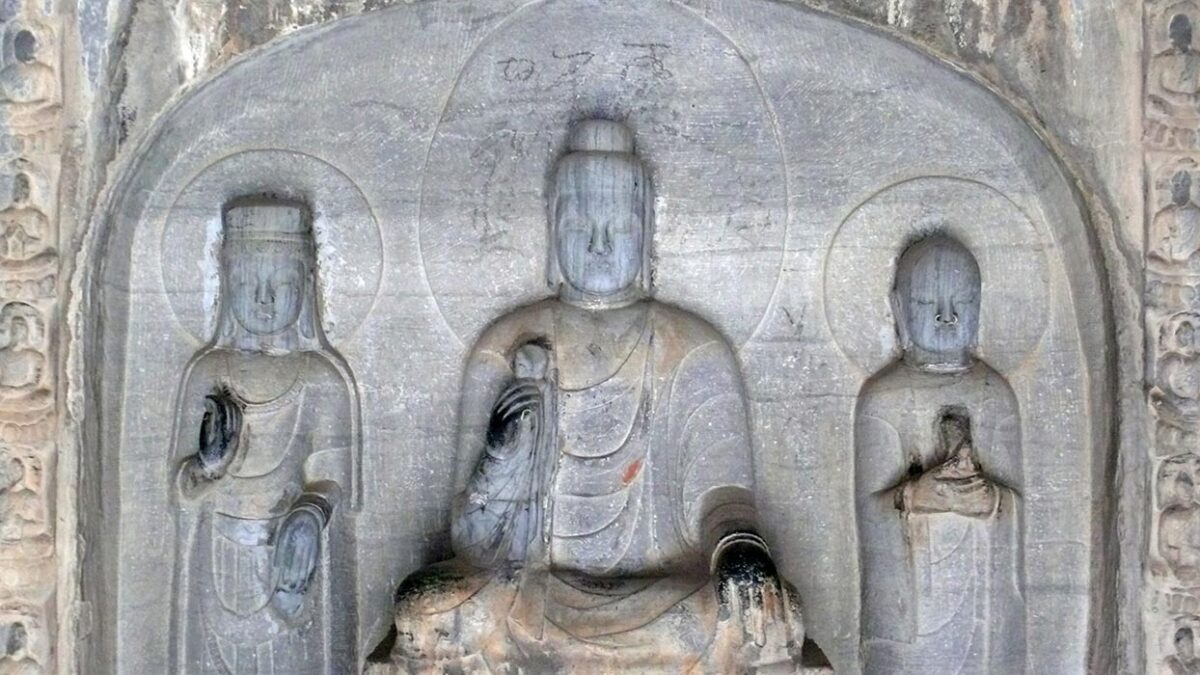 Abstract:
The Dazhushengku 大住聖窟 (Great Abiding Holy Ones Cave) of Lingquan temple at Baoshan 寶山 was constructed under the supervision of the eminent monk Lingyu (518-605). Since the 1920s scholars have studied the extant caves, architecture, and stone-carved scriptures at this site. Lingyu’s early biography records that he “had specially engraved the image of the extinction of the Dharma at front of the cave” when he founded the Dazhushengku. Previous scholars have interpreted this to mean that he carved on the walls inside and outside the cave Buddhist scriptures pertaining to the theme of the “extinction of the Dharma” such as the Daji jing 大集經 (Great Collection Sutra) and Mohemoye jing 摩訶摩耶經 (Mahāmāyā-sūtra). In this presentation Professor Liu argues that the so-called “image of the extinction of the Dharma” in fact refers to the two deity statues and the set of statues of one Buddha and two bodhisattvas on the cliff at the eastern side of the cave entrance and that the famous carved texts located at the western side of the cave entrance were engraved only after Lingyu’s period. The deity statues from the Dashushengku represent, it will be suggested, the first known Buddhist visual depictions of the “extinction of the Dharma,” an idea whose importance in the history of East Asian Buddhist eschatology cannot be overemphasized.