Twin pagodas were introduced to the Korean peninsula when the Silla dynasty brought an end to the long era of the Three Kingdoms Period of Korea in the mid- seventh century. After Silla unified the peninsula, a large number of twin pagodas were erected in Korea until the fall of the dynasty in the tenth century. Unlike the previous assumption that twin pagodas were simply a doubled from of a single pagoda, I argue that they have complex ritual functions and religio-political meanings.  As such, this talk shows that twin pagodas, while their form originated in China, experienced drastic changes in the Korean peninsula. Based on archaeological data and inscriptions, this talk explores how the esoteric Buddhist ritual performed during the Silla–Tang War (670–676) and the dragon king legend of King Munmu (r. 661-681) transformed the twin pagodas into an architectural icon of state protection during the Silla dynasty. 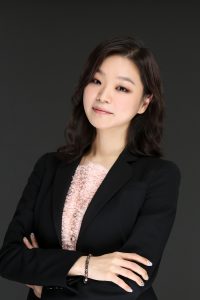 Youn-mi Kim is Associate Professor of Asian Art History at Ewha Womans University in Seoul, Korea. Prior to joining the Ewha faculty, she was Assistant Professor of Chinese Art History at Yale University (2012-16) and Assistant Professor at the Ohio State University (2011-12). Professor Kim is a specialist in Chinese Buddhist art, but her broader interest in cross-cultural relationships between art and ritual extends to Korean and Japanese materials as well. She is particularly interested in symbolic rituals, in which an architectural space serves as a non-human agent; the interplay between visibility and invisibility in Buddhist art; and the sacred spaces and religious macrocosms created by religious architecture for imaginary pilgrimages. Based on archaeological data from a medieval Chinese pagoda, her research has also investigated the historical traces of a Buddhist esoteric ritual from Liao China in Heian Japan. She is the editor of New Perspectives on Early Korean Art: From Silla to Koryo (Harvard University Press, 2013), and is currently completing her book manuscripts entitled, Visualizing the Invisible: Liao Pagodas, Cosmology, and Body, while working on her second book, Ritual and Agency: Visual Culture of Medieval Buddhism in North China.