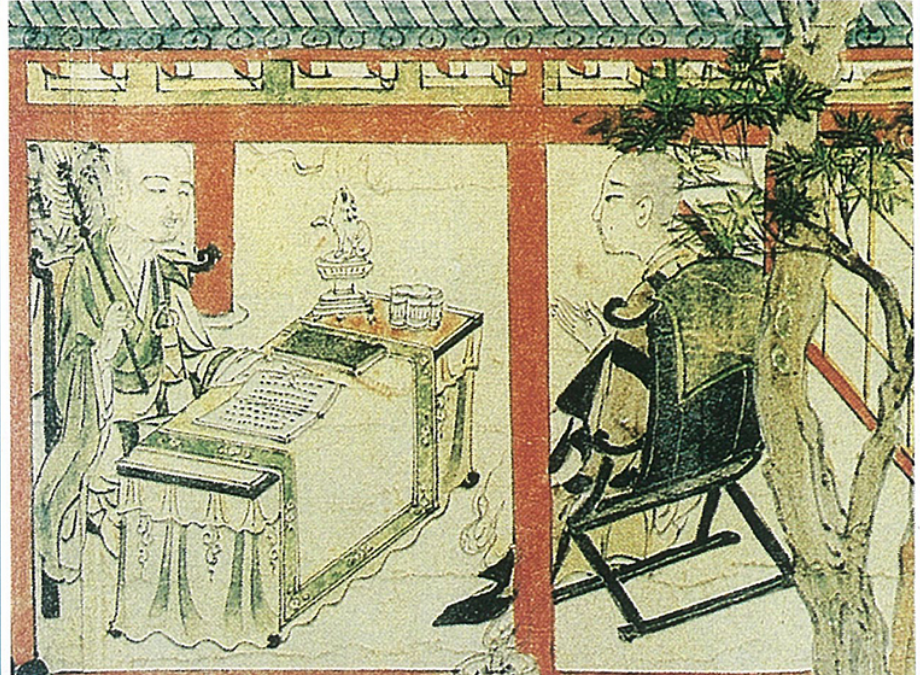 Given the global health crisis, important changes have been made to this conference. Please see below.

Geumgang University (this session my be postponed. Details TBC.)

The Glorisun Global Network for Buddhist Studies, with the assistance of the FROGBEAR Project based at the University of British Columbia (frogbear.org), the Università degli Studi di Napoli “L’Orientale” in Naples of Italy and La Scuola Italiana di Studi sull’Asia Orientale (ISEAS) in Kyoto of Japan, the Geumgang University 金剛大學 in Nonsan of South Korea, and Princeton University in New Jersey, USA, cordially invites proposals for an international, three-session conference. The conference is to honour the remarkably enduring influence of Antonino Forte (1940–2006) upon the fields of Buddhist studies, medieval Chinese and Japanese history, Silk Road studies, East Asian art and archaeology, and beyond in North America, Europe, Oceania, Japan, Korea, Taiwan, and China. Characteristic of Professor Forte and his work, the “Enduring Discoveries of the Cosmopolitan, Multicultural, Expansive and Relative Orthodoxies in the Study of East Asian Buddhism, History, Manuscripts, Archaeology, Literature, Art, and East-West Exchanges” conference will be a unique tripartite confluence: geographically cross-regional, and thematically as cross-cultural, cross-religious, and interdisciplinary as possible.

The three sessions of the conference were to be held in North America, East Asia and Europe, however due to the current health crisis, changes have been made:

(1) The Transmission of Buddhism in Asia and Beyond (for the North American session, July 4–6, 2020), in collaboration with Princeton University– this session is hosted online through Zoom.

(2) Buddhism as a Medium for Cultural Communication: Sui-Tang China (581–907) and Its Neighbouring Powers in East Asia (for the East Asian session), in collaboration with Geumgang University in Nonsan, South Korea – this session may be postponed. Details will be announced in due course.

(3) Buddhism and Other Religious Traditions in Medieval East Asia (for the European session, October 19–20, 2020), in collaboration with the Università degli Studi di Napoli “L’Orientale” in Naples, Italy – this session is postponed to 2021. Meeting may be on-site when international travel is allowed.

Known to his many friends, teachers, and students as “Nino”, especially at the ISEAS in Kyoto, Japan, Professor Forte’s scholarship changed the way we—across the globe—think, research, and teach about the medieval world in Asia. He relished every opportunity to utilize archaeological discoveries in multiple languages from Chinese Central Asia, and particularly the cache of manuscripts found near Dunhuang at the turn of the 20th century, to rewrite the narrative of the history of the Buddhist religion in medieval China, Central Asia, and Japan. Moreover, his meticulous attention to critical analysis of sources transformed the way anyone studies Chinese history. It is difficult to imagine any undergraduate student who takes a course in the disciplines of Chinese or Japanese history, or Buddhist or Asian studies is not exposed to the fruits of Prof. Forte’s outstanding and enduring research. His investigations ranged from apocryphal or Buddhist texts composed or compiled in China, to those translated from Indic languages, colossal edifices, and a clock. He examined powerful personalities who shaped the enigmatic age of Empress Wu Zetian 武則天  (624–705), and pursued the case of a 2nd century Iranian prince held hostage in China. He explored the multifaceted translation processes from Indic languages into Chinese and Japanese, manuscripts from Dunhuang and Nanatsudera (in Japan), as well as researched science, architecture, Daoist and religious studies, art and iconography in medieval China and Japan. As a member of the École Française d’Extrême Orient (EFEO) in Kyoto from 1976 to 1985, and as director of the Italian School of East Asian Studies, Prof. Forte contributed much more than merely his own research. He also dedicated ceaseless time and attention to editing and contributing entries to Hōbōgirin 法寶義林: Dictionnaire encyclopédique de bouddhisme d’après les sources chinoises et japonaises with Paul Demiéville (1894–1979), Anna Seidel (1938–1991), and his close friend Hubert Durt (1936–2018). Prof. Forte’s expert guidance led to the publication of numerous groundbreaking monographs by the Italian School of East Asian Studies.  Prof. Forte played a seminal role in introducing a generation of junior and senior scholars from around the world to leading experts in Japan including, but not limited to, Makita Tairyō 牧田諦亮 (1912–2011) and Yanagida Seizan 柳田聖山 (1922–2006). Perhaps the most enduring contribution Prof. Forte made was to inspire others to follow his lead to track down as many—archaeological and manuscript—sources as possible about a given topic, critically assess received, edited documents, and question the veracity of geographical, doctrinal, historiographical, and disciplinary boundaries.

Not merely a devoted scholar, Prof. Forte was also a keen promoter of international education. His work benefitted a number of younger scholars around the globe. In addition to being an inspiring mentor, he is also fondly remembered as a caring friend. He endeavoured to boldly break down boundaries he perceived might prevent the enhancement of scholarship or hinder communication among different cultures and peoples. This barrier-shattering desire must have underlain his heroic effort to establish and maintain for so many years the ISEAS in Kyoto, a heaven and haven for so many international students of East Asian Studies and Buddhology working in Kyoto.

Erika Forte, Nino’s beloved daughter and a scholar of Buddhist art and archaeology in Eastern Central Asia and China, prepared a complete list of publications by Antonino Forte (“Antonino Forte – List of Publications,” JIABS 30.1–2 (2007 [2009]): 17–31). For the purposes of this tripartite conference, we have broken the persistent legacy of Forte’s research into three areas of academic inquiry, as mentioned above. The theme for the first session of this three-session conference, The Transmission of Buddhism in Asia and Beyond (for the North American session, July 4–6, 2020). This session will highlight exacting, pioneering scholarship about how the teachings and practices of Buddhism were communicated, shared, and applied by diverse groups and individuals along the so-called Silk Roads—or western regions in Chinese—across time and space. Topics may include, but are not limited to: translation and translators; textual study, paleography and codicology; monastic and lay administration, monasteries, temples, and archaeological remains of religious sites; manuscript Buddhist canon(s) and compendia; inscriptions, epigraphy, and variant sources used to study the transmission of Buddhism.

The second session, Buddhism as a Cultural Tie: Sui-Tang China (581–907) and Its Neighboring Powers in East Asia (for the East Asian session), will present cutting-edge research about the era cherished most by Prof. Forte: chronologically leading up to the reign of Empress Wu Zhao and its repercussions across East Asia until 10th century. Topics may include, but are not limited to: cosmopolitan religion, politics, trade, and economic activity tied to self-described East Asian Buddhist monarchs, particularly those who stimulated, emulated or altered the specific policies of Wu Zhao.

The third session, Buddhism and other religious traditions in medieval East Asia (for the European session), will address considerable developments in the study of medieval Buddhism and non-Buddhist East Asian religions (e.g., Daoism, Manichaeism, Zoroastrianism, Nestorian Christianity, Confucian thought, Kami worship [or Shinto], etc.) that can be linked to Silk Roads commerce and trade. Paper proposals ought to address, but need not be limited to: emphasized significance of archaeological discoveries that increasingly shape how we understand the academic study of religion during this key period in the 21st century.

The organizing committee welcomes paper proposals related to any aspect(s) of the multidisciplinary, inter-cultural, and cross-regional study of these three research areas. Priority will be given not only to proposals from scholars who have had interaction with Prof. Forte either in person or through work during his prolific life, but also to emerging scholars who, though not in direct dialogue with Prof. Forte, are influenced by or have responded to his research. For the East Asian and European sessions, all conference-related costs, including local transportation, meals and accommodation during the conference period, will be covered by the conference organizers, who—depending on availability of funding—may also provide a travel subsidy to selected panelists who are in need of funding.

Please email proposals and CVs for the Princeton session to frogbear.project@ubc.ca by May 15, 2020. The deadline to apply for the European session is July 15, 2020.

The conference organizers will collect all the papers in English, plus the English translations of major papers written in non-English languages to produce conference volumes dedicated to the enduring legacy of Forte. Publication of multiple Chinese volumes is also planned and will include the Chinese versions for all non-Chinese papers in addition to those papers originally presented by Chinese. Only scholars who are confident in finishing their draft papers by the middle of June (for the North American session), or by the end of September (for the European session) and submitting publishable papers by the end of 2020 are encouraged to apply.

The North American session is planned as a component of the annual intensive program on Buddhism, administered by the FROGBEAR project. Details for the program are available: