Guest Lecture: The Mysterious Case of the Late Antique ‘Budda’ and Its Modern Oblivion 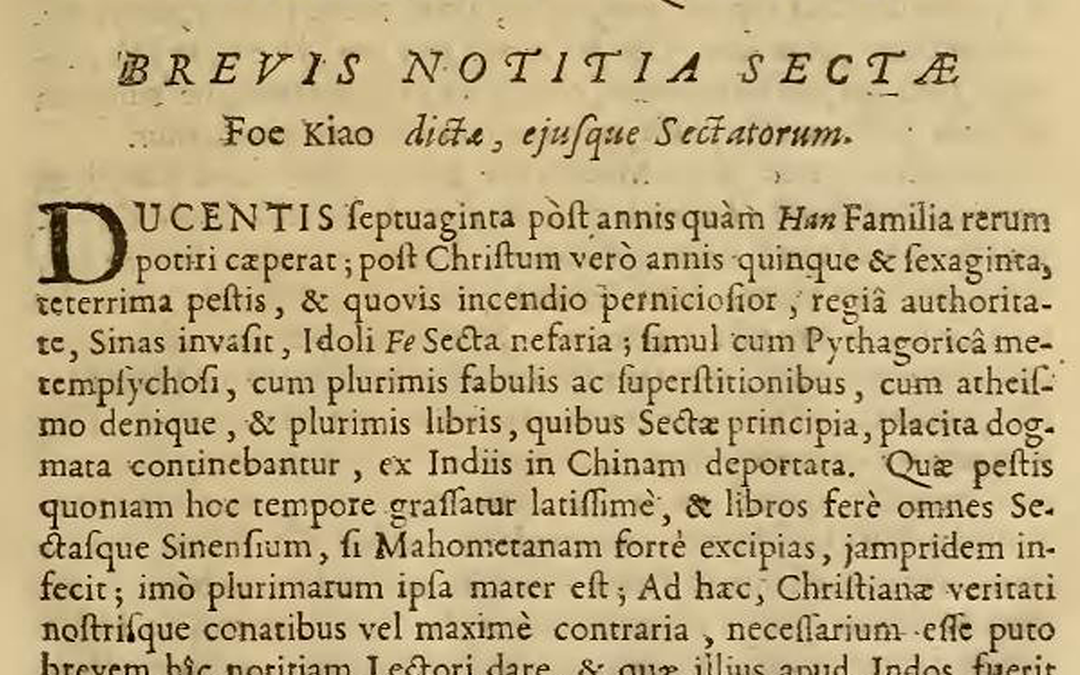 Venue: Department of Religious Studies (COLL451), B-04 at Yale University

Abstract: Several mentions of the Buddha in the Mediterranean world of Late Antiquity intriguingly cluster in a short period between the 3rd and the 4th c. AD. Although the triumph of Christianity and Islam as well as geopolitical developments closed the door to further exposure for centuries to come, this knowledge was never entirely lost. What had been sketched in the testimonies of Church Fathers such as Clement of Alexandria and Jerome was still available to the likes of Erasmus in the 16th c. It was also well known to the Jesuit missionaries in Japan and especially China, who brought back to Europe the first substantial accounts of Buddhism. But these cultural memories were arguably at odds with the missionary imperative to keep Buddhism at a distance and depict its founder as the ultimate alien to European readerships. With few, revealing exceptions, Jesuit accounts failed to identify the Late Antique ‘Budda’ with the Fo 佛 in front of them. If this, as it seems, was deliberate, the modern discovery of the Buddha in the West may have been premised to a perhaps significant extent on the unsuspected repression of its distant memories.

About the Speaker: Antonello Palumbo is Senior Lecturer in the Religions of China at the School of Oriental and African Studies, University of London. He has studied in Italy (where he holds a Ph.D. in East Asian Studies from the Istituto Universitario Orientale, Naples), China (Peking University), and Japan (Kyoto University). His research focuses on the religious and social history of ancient and medieval China within the broader Eurasian context, and has covered such topics as Buddhist ideals of kingship, religion and state formation, the establishment of Buddhist and Taoist scriptural corpora, religious propaganda and apologetics, and Manichaeism in medieval China and Central Asia. He is the author of An early Chinese commentary on the Ekottarika-āgama: The Fenbie gongde lun 分別功德論 and the history of the translation of the Zengyi ahan jing 增一阿含經, Taipei: Fagu Wenhua – Dharma Drum, 2013; he currently has two book manuscripts in preparation, respectively on Buddhist eschatology and kingship in Late Antiquity and on the early history of the Heavenly Master church of Taoism.

Sponsored by the Glorisun Global Network for Buddhist Studies, the Department of Religious Studies and the Council on East Asian Studies. 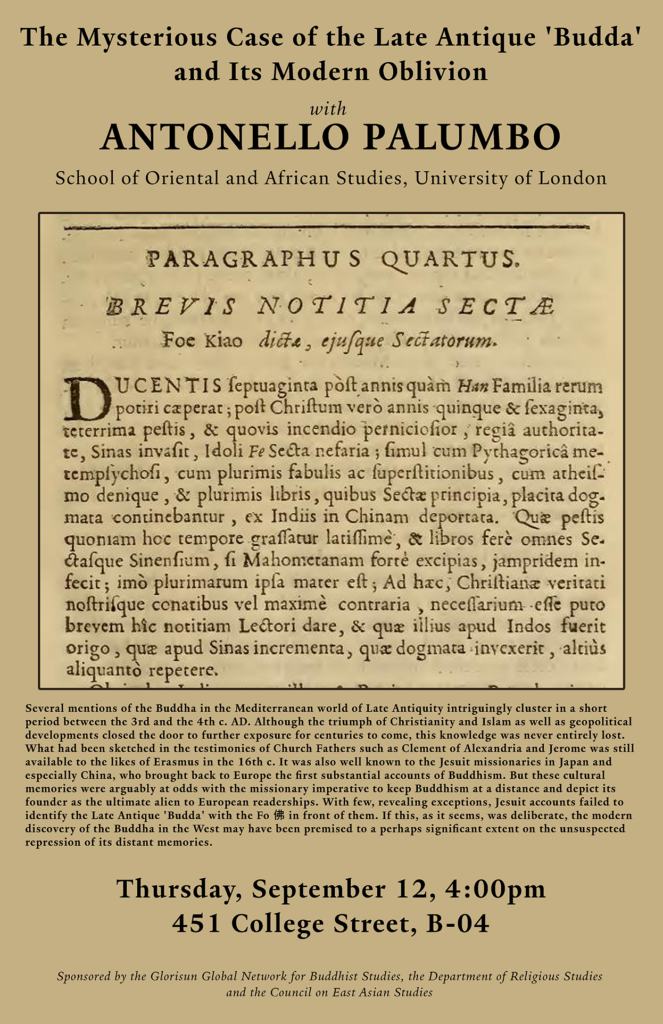