Since Buddha passed into nirvana, more than two millennia has elapsed. Heavy with past karma, I was borne too late and could only lament the loss, in the present world, of the bright lamp that once illuminated the murky path, and the ark of compassion that ferried the sentient beings. Still, each time I envisage a world where Buddha was living and great masters abounded, I could not help but pine for it and moan for the blessing that eluded me to hear Buddha’s teaching in the flesh. Hence, though my ignorance monstrous, I aspire to the example of Buddha who, in a past life, sacrificed his body in exchange for half a verse. So, unremittingly, I am resolved to persevere. In whatever time allowed to me outside meditation and observance of precepts, I dedicate myself to learning. I vanish into the ocean of scriptures, striving to approach the supreme teaching. With my retarded faculty, I pursue a teaching profound and subtle—this is not unlike beseeching a lotus in a blaze of fire, but I hope, by the perfuming of the gradualist path, I could somehow fathom a one-millionth of it.

I, unwieldly in mind, do not dare to claim to be the bearer of the dharma past and the guide for the generations ensuing. And yet, the rise and fall of the dharma is incumbent on me. So, how could I seek only self-realization? It is my hope rather to assist beings of all kinds to be liberated from the cycle of life and death. In all lands, and across all times, the gate of the dharma closes and opens contingent on the capacity of the practitioner. Such rarity of chances parallels the difficulty for the Great Path to gain currency. Yet, by teaching, by elevating the spirit of the world, and by transmuting the propensity of the epoch, we are benefiting the world. Hence, with some cordial fellows, we convened; under the name of Hualin, we created the journal. Earnestly, we collected and edited pattra scriptures; devotedly, we polished their essence. So that their clear insights could evoke the truth, thus rendering the ignorance in all Three Realms instantly apparent and preventing the ancient way of Buddha from receding to oblivion. Such is not eloquent frill nor vain erudition: it is for revealing the Round Teaching. In this occasion of the reprint of the journal, we created the ‘Hualin Series on Buddhist Studies’. We hope it could remove the stagnancy encumbering the future generations and rectify the bewitching doubts that forever confuse men.

Nowadays, the academics in the East and the West are each bounded by their own province. Each preaches their own tenets, yielding doubts that are left un-resolved. Thus, this book series sets out to bridge the gap by encompassing in itself a multitude of disciplines in the East Asian Buddhist Studies—Buddhist literature, history, philosophy, sociology, anthropology, religious studies, arts, et cetera, so as to measure how they diverge and how they converge, and to sever doubts and release blockage. It points to the kernel of an issue, unaffected by the confusing delimitation of disciplines.

The Buddha adapted his sacred utterance to the diverse composition of his disciples, for the dharma is not petty-minded but remains flexible in response to the individual. For this reason, we have both Tiantai and Jingtu, both Madhyamaka and Yogâcāra, both gradualist and suddenist approach, and both exoteric and esoteric Chan Buddhism. Because ten million teachings coincide in the same cause: to be liberated from saṃsāra to enter Nirvana. The gate of the dharma, being so vast, dissolves any egotistical preference and reveals it to be the hindrance to the profound attainment. Buddhism seeks the removal of the Two Hindrances and honours broad knowledge across Five Sciences. One shall, therefore, be deeply versed in the Internal (Buddhist) Teachings, all the while cognisant of the External (non-Buddhist) learnings, for it is by extensive knowledge that one could be agile in benefiting all beings. This book series opens broadly its vast gate, welcoming all and shunning nothing. It takes delight in drawing from all disciplines of the East Asian Buddhist Studies. For instance, the religious history, Buddhist doctrines, Buddhist institutions and Dunhuang Studies. It aspires to be a bridge of communication for scholars from East Asia, Europe, North America and all places, and be a ferry that carries us to another shore.

The Book Series is hosted by the Research Center for Buddhist Texts and Arts at the Peking University, administered by the Frogbear project at the University of British Columbia (https://frogbear.org). It is generously sponsored by His Honorable Yang Zhao of Liangjing in Huiyang, and helped by numerous others. Gracious ones of the Glorious Sun Group are those knowing and promoting the dharma. Bearing in heart the desire to benefit all, they extricate stagnant souls from viscous quagmire, and salvage confused beings from losing true nature. I share their desire: may the lamp of the dharma beam perennially and the light of Buddhism shine evermore. May the sound of the Vulture Peak resound again and may the wind blow from the Bamboo Grove circulate ever more freely. May the savants who come after us, upon reading this, feel the affinity with us today.

My humble words lack clarity and grace and contains no profundity worth showing. And yet, fearing that people in the world would not know the circumstances that gave rise to this Book Series, I wrote down this preface, recounting its origination and development.

Zhanru of the Longhua Monastery, Kuaiji 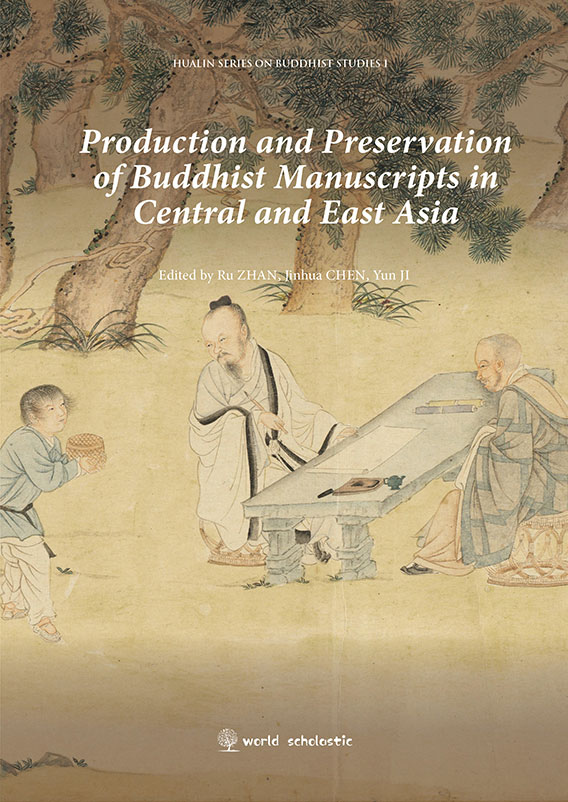 Production and Preservation of Buddhist Manuscripts in Central and East Asia
Edited by Ru Zhan, Jinhua Chen, and Yun Ji 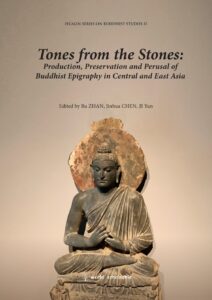 Tones from the Stones: Production, Preservation and Perusal of Buddhist Epigraphy in Central and East Asia
Edited by Ru Zhan, Jinhua Chen, and Ji Yun